Anyway. This is what is going on in Beth World.

I've been reading actual, paper, not-on-a-screen books! I know, seems pretty unusual, but that is what I have been doing. The most recent one I finished was a gift from Hillary. It's called The Kingdom of Back, by Marie Lu. 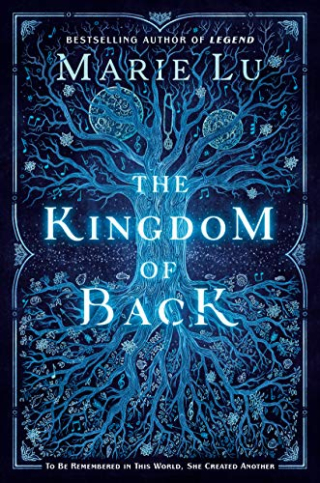 Fantasy lovers and music lovers will enjoy this book. Leopold Mozart and his wife Anna had two children; everyone knows about Wolfgang Amadeus but few know about his sister, Marie Anna, known as Nannerl. This is her story. It is also a story of identity, of mystery, of adventure in a beautiful but dark land named by the children as the Kingdom of Back, ruled by an enigmatic being known as Hyacinth. This was a great book and I highly recommend it! 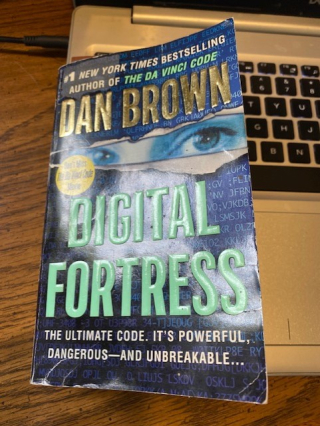 I started reading Digital Fortress by Dan Brown. The only thing I want to say about it right now (I'm only on chapter 20) is that Dan Brown writes really really short chapters -- about 3 pages long. The main characters are trying to get back a code that can not be broken, which is a threat to national security. Also there is a Spanish professor who will be in danger and the female main character will apparently save him. Dan Brown's books are like a bag of potato chips; an easy read, a good beach read, one that will be enjoyed but easily forgotten. Yet, I am reading it.

In other news, I have been spinning: 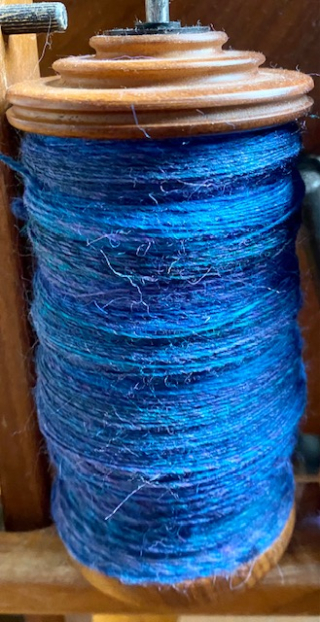 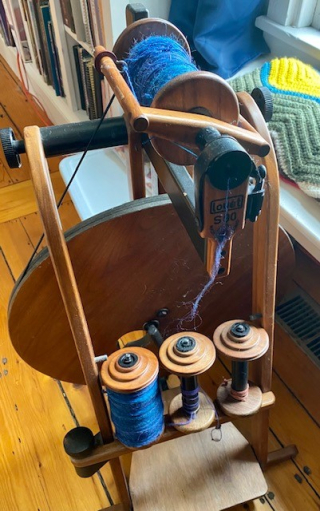 I ave also done a bit of knitting on the blue Aran sweater for Mr. Yarndemon: 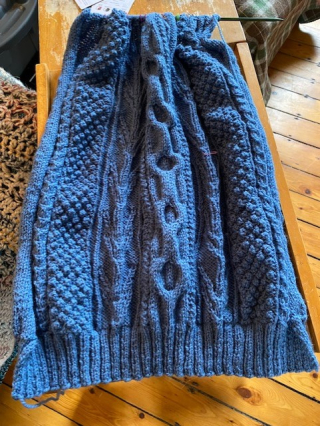 I am around four inches from being done the back. It has been a slow job, but it's mostly Pogo's fault. I knit on it in the evenings, but Pogo usually sleeps on my lap in the evenings, thus the slow progress. 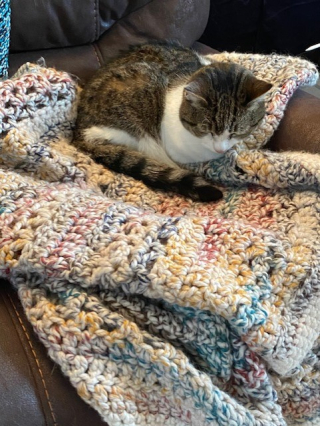 All. Your. Fault. Just kidding, I love you, Pogo.

I like knitting this aran quite a bit though. The yarn is not as heavy, though it is an aran weight, but since it doesn't have much or any lanolin in it, it is far less heavy. Also the cable patterns are largely memorizable and easy to remember, so when I get a chance to knit on it, it hums right along.

Lastly, I have been crocheting again, and it is all Arne and Carlos' fault. I found their Primrose (Gunnhild) Throw when I was looking for a granny-square-but-different sort of thing to crochet with all of this: 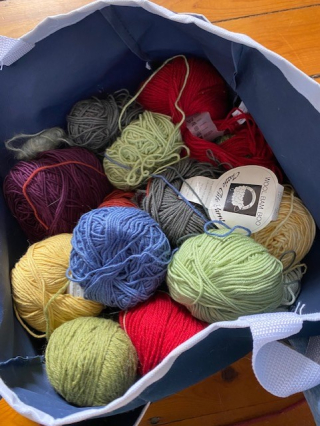 That is all my DK-ish weight yarn scraps. I loved the picture of the Primrose Throw on their website, and I loved how simple it is to do -- only three rounds per piece, so only three colors, and it is coming out so pretty! Don't look too close though, I made a few errors a couple times but I fudged it and kept on going.

I made full sized primroses to see how wide I needed it to be, and now I am doing half-primroses to make a flat edge for the top. It is really fun to choose colors for a primrose, see how it comes out, and watch the blanket grow. I usually make about three or four primroses a day, so it will take a while to finish the blanket. I don't even know if it will be done this year. But, I am quite enjoying it and love how it looks!

As soon as I bought the pattern and started the first row, Arne and Carlos came out with another beautiful blanket pattern, using squares that are bigger and easily joined. That one is called Audun Blanket with Small Floral Squares. I have already bought it, and if I have enough worsted weight yarn, I'll probably start that one as well. 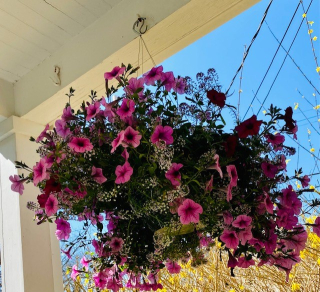 These flowers were a suprise from Mr. Yarndemon! They are so pretty! Have a great day reading, spinning, knitting, crocheting or getting out in the garden!