Knitting with the Fishes

Back in February (I think) I got the On the Round Signature Sock club yarn that was called Fish Bowl. I of course did not take a picture of it, but this is what is left: 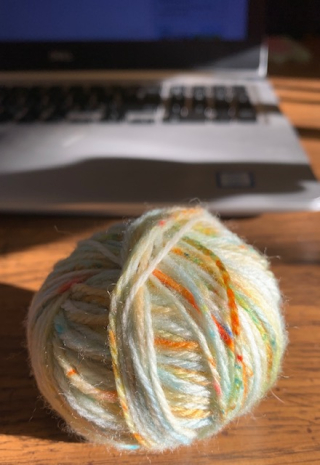 I love this yarn. It's like a little ball of delight that makes me happy.

First, I made Swedish Socks  by Spillyjane (US $6.00) using On the Round's Fish Bowl and Knitters Brewing Company Sock-aholic's Caribbean Happy Hour. They were fun to knit! 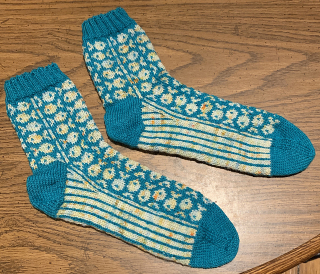 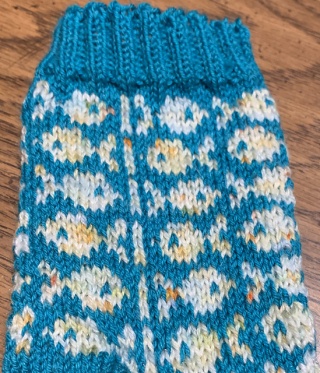 Then I found a free hat pattern that I had to try because it was very pretty, and I could use the rest of my Fish Bowl, and it was a FREE PATTERN: Gluma Beanie by Tabitha Jarvis. 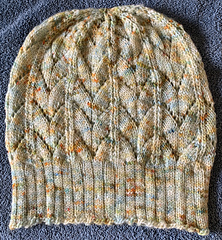 Hey, I just found a picture of the hat's beginning that shows the yarn better!

Actually the yarn has just a hint of pale green throughout it that for some reason my iPhone is ignoring. Pffft. But trust me, it is beautiful!

So that is what I've been doing, besides working sort of half-heartedly on the Drachen sweater which I am still mad at .... but that is another story. 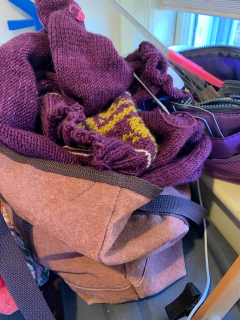 Pogo is mad at the sweater too. 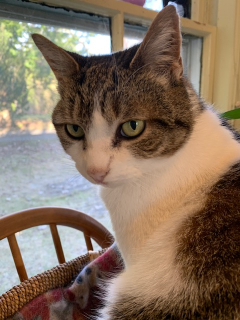