I had a great week! I completed the Mystery XII Socks by Knitters Brewing Company, Let It  Snow! socks: 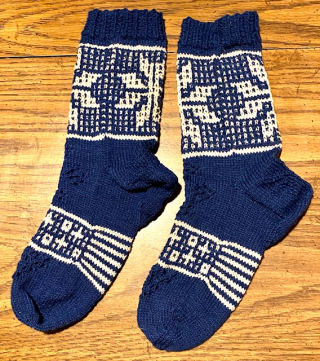 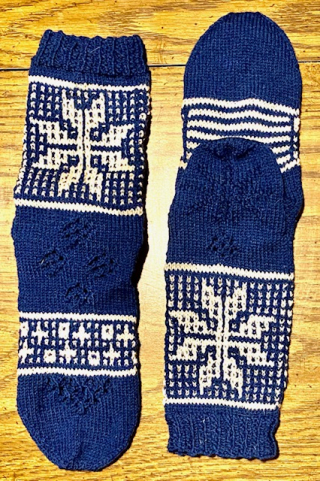 It was a really fun-to-knit pattern! I might make it again. It had mosaic knitting (which I usually hate) and lace (which I love). This time, I loved the mosaic knitting. I guess I trusted Wendy Gaal, whose patterns are always well-written. 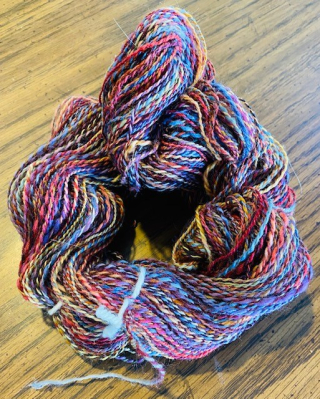 One goal I had for 2020 was to spin more, which I have totally been doing, and I finished up eight ounces of lovely superwash merino from On The Round that I got about two or three years ago. I started spinning it right when I got it, but then I quit for some reason -- inertia takes the blame -- and now FINALLY it is all spun up. And I love it so much!

It's a shame that I never took a picture of the roving before it became yarn. It was all pretty colors, but when I spun it, the reds and oranges became the predominant color (and I love red and orange) and the yarn became a lovely dark red with other colors all mixed in. 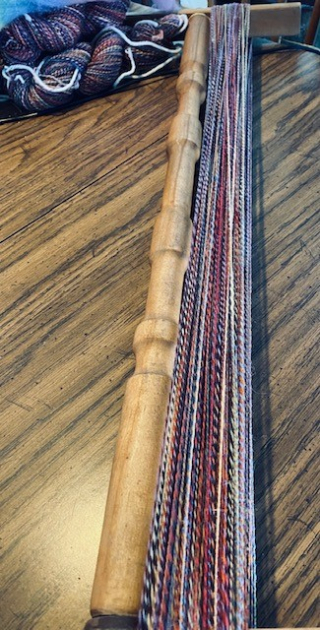 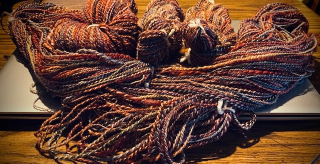 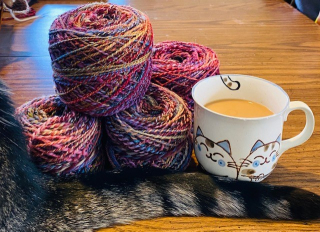 Now it is all ready to knit. Pogo was being really loving this morning and tried to help me so much to get the right picture. I better knit a shawl that she can curl up in!

Brrr, It's Cold: Must Be February!

Yesterday morning it was 0°F or -1°F at my house. That was tropical though; up in Aroostook I think it was -35°F or something. Maybe even colder.

So it was appropriate that I finished my Still Waters Cowl and my Kittycat Socks right when the shivering started. 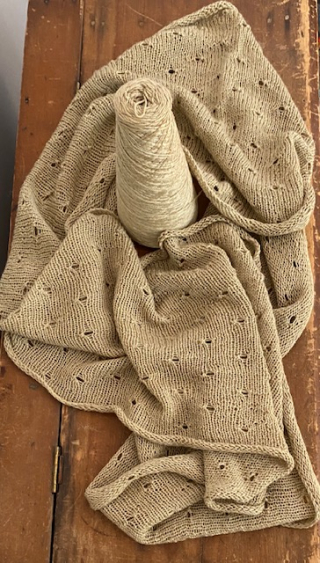 Yarn: mystery yarn on a cone, don't even know what kind of fiber it is, but it is fingering/sport weight. It is soft and warm and not itchy! 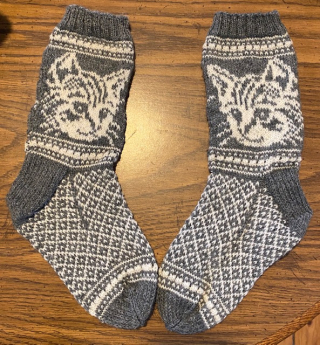 I made a nifty little spreadsheet to put my spinning time in. It adds up all the minutes for me, so it's easy.

Spinning is my meditation. I spin mostly in the morning to get my head and my body to align and get used to the day. Although, my days are pretty stress free and I only have half a brain left, so there is that.

Spinning uses a lot of physics. I'm not talking about speed of the wheel or ratios, no, I'm talking about inertia. See, when I sit down to spin, I plan on spinning about 20 minutes ... but I find that I actually spin about 40 minutes on average. Once I start, it is hard to stop! Inertia takes over! But on the other side, once I stop, it is very hard to start. Previously, I stopped spinning, and it took me about two years to overcome the inertia. When I take one day off, that day tries to inveigle itself into three days or a week. After I took several days off for a knitting weekend recently, it was hard to make myself spin again, but I'm glad I did! It is hard to overcome inertia. 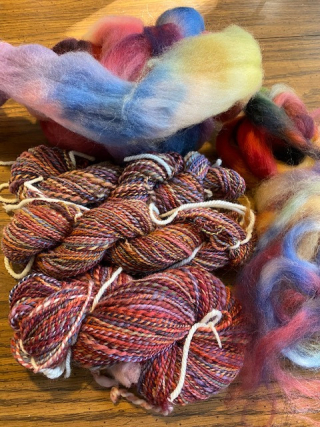 That fiber is from On the Round that I got three or four years ago when they had some one-of-a-kind merino on sale. It may be superwash, not sure. I got eight ounces. I've already spun the bits on the side; only the big bit on the top to be spun, and then it will be plied and washed and then the knitting will begin! I can't believe this has been waiting to be spun for two years. That is just criminal.

I'm a weird spinner, because as soon as my spinning is done, I knit something out of it. I never have yarn spun up that I haven't knit. But, as far as I can tell, that is unusual. Most spinners never seem to use their yarn, or do so rarely. This I also haven't fact checked, it's just a  feeling I have. Do let me know if I am right or not. I'd love to see what you have made from your handspun yarn!