It's a beautiful spring day on the coast of Maine! 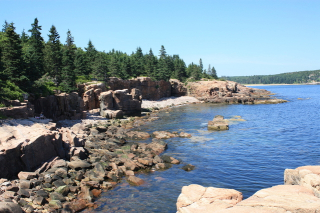 Photo by jdgrigsby from FreeImages

I finished my blue-green Linus shawl a while ago. 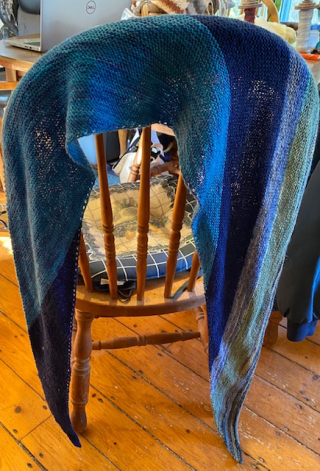 I also went to my WIP bin and took out an Absolutely Fabulous Throw kit by Colinette  that someone had started, given up on it, gave it to me, and I never worked on it ... but thought I would, someday. Well, someday came. The kit originally sold for around $180, contained your choice of four throw patterns, and had enough of eight beautiful Colinette colors in a variety of yarns to make the throw. The yarns are still available, but sadly the pattern is not. See? It really is Absolutely Fabulous. Pogo settled down on it as I was putting on the fringe. She gave it her seal of approval. 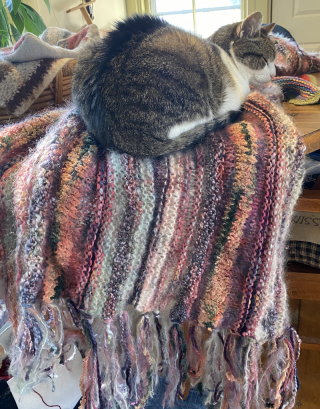 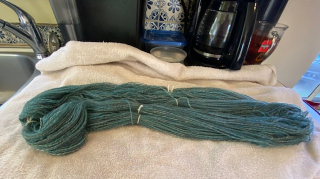 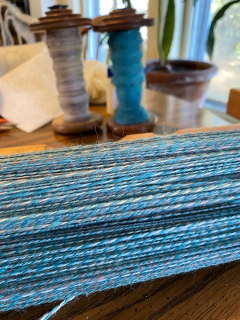 What is on my needles now? 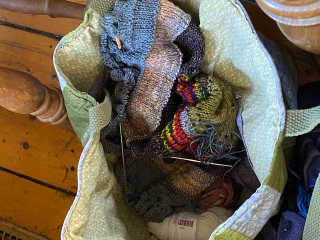 ... and a red cardigan for me. It's sweater #4 for those who are counting. Keep knitting and spinning! Remember, you are beautiful!