October is going by fast! Halloween is almost here! 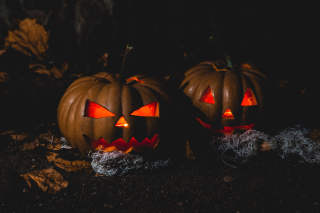 I knit some hats in October. First, I knit the Gluma beanie (free pattern) with some sock yarn scraps: 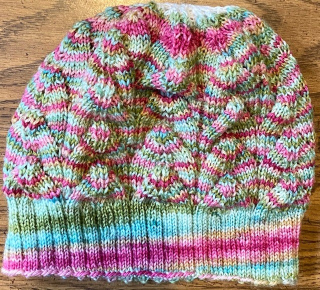 The Gluma beanie is always a fun knit.

Next, I knit the Belle Fille pattern  (free pattern) out of some mystery yarn on a cone: 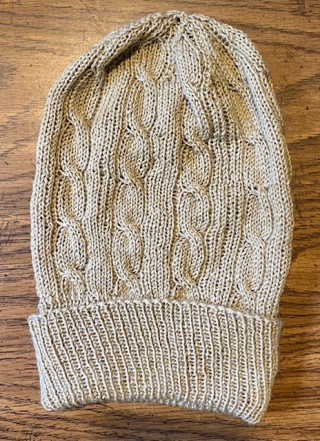 Belle Fille is a  fabulous hat pattern I can see knitting this many more times in the future. However, the yarn I chose to knit this one is too thin (it's a heavy fingering/light sportweight) and I think it is mostly acrylic or something. It's a great yarn for cowls and shawls, but not for hats.

Then I knit the Intersectionality hat out of leftover mohair blend: 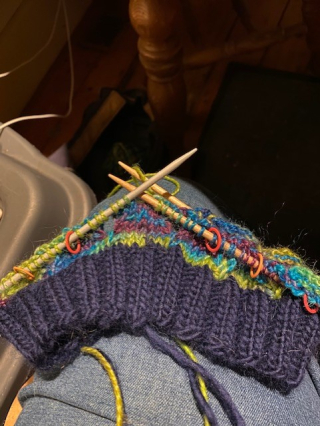 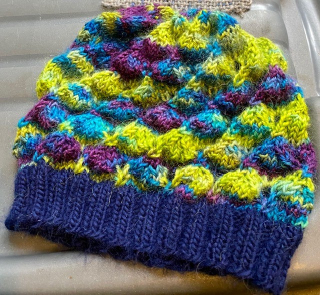 It's nice. The pattern gets lost in the many colors. 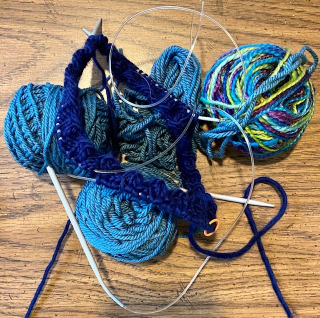 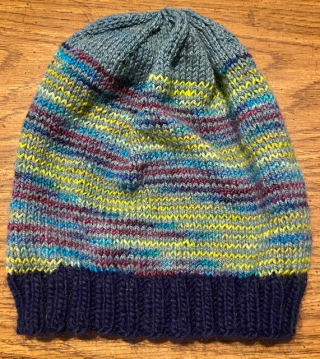 I also knit a pair of mittens from scraps: 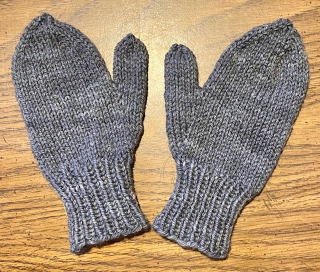 I am going through all of my scraps!!!

I also finished Sweater #6, the Soundtrack Pullover by Marie Greene. This was supposed to be the 4-day knitalong sweater started back in July, but I didn't start it til mid-September and I finished it on October 15, so it took me a whole month to knit it despite being worsted weight and mostly stockinette. I knit other things while I was knitting it, but .... it just took me awhile. I got bored with it after the fun part was done in the yoke. But! I love wearing it! And it came out looking good! 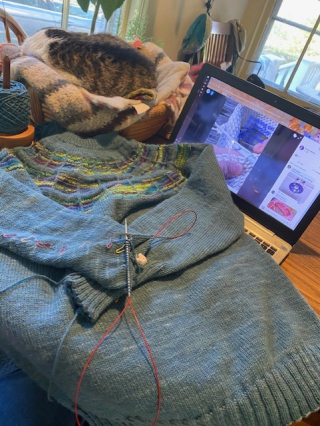 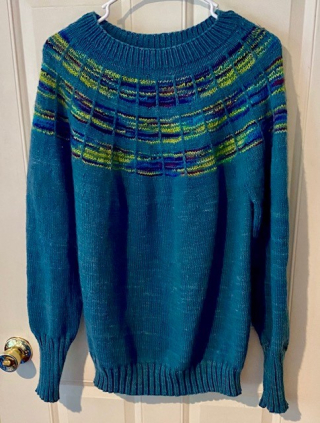 I am very pleased with my Soundtrack ❤️.

I'm leaving Facebook, except for two groups I follow, but the regular stream I don't find to be anything into which I want to immerse myself. There is just too much negative energy out there.

If you would like to be kept up on my blog Demonic Progress, you can easily subscribe to it and get posts by email when I post. At the top of the Demonic Progress page is a header that says Home Archives Profile Subscribe -- click Subscribe. It takes you to a page that looks kinda scary, but you just have to look in the right hand box. At the bottom of the box is a tiny blue and white envelope icon, and in little blue letters there is Get Demonic Progress delivered by email. Click it. Put in the email address you want to get Demonic Progress in, verify you are not a robot, and click Complete Subscription Request. Then you will get a subscription verification email;  you have to click the link that they send, and you will get my Demonic Progress ramblings whenever I get them out to you.