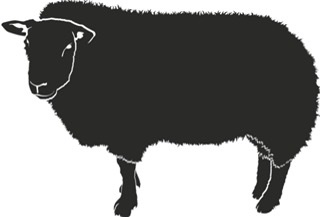 Have you any wool?

One day in around 2008 Tracy and I bought a fleece, I believe from Joe Miller, at Fiber Frolic. We had the almost four pounds of fleece washed and made into roving at a mill. Tracy decided she wouldn’t spin it after all, and she gave me the opportunity to buy her portion, and that is how I ended up with almost four pounds of beautiful black Romney roving that I would spin “someday”, in two big bags filled with very squishy, very black, very wonderful wool.

Then I had my stroke a couple years later. And I figured I would never spin the beautiful black fiber.

One of the reasons I struggled to spin again was because of this fiber. I finally got good enough at spinning again that I dug out this batch of black Romney to begin spinning it. There were definite stages that I had to go through in order to be able to spin the yarn that I wanted to spin from this beautiful fleece. You have to understand that this was a very special, very exquisite fleece. You don’t very often find a pure black Romney fleece like this. 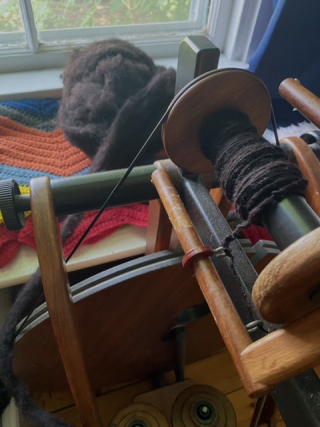 First, I had to be able to spin at all. I struggled. Remember my mouthfuls of purple fiber? That was before I had the use of my right hand much at all, and I had to use my mouth to pre-draft the fiber. Second, I had to spin well enough to spin very fine and even. That took about a year or two. Lastly, I had to spin whatever yarn thickness that I wanted, and make it relatively even. That’s where I am now. 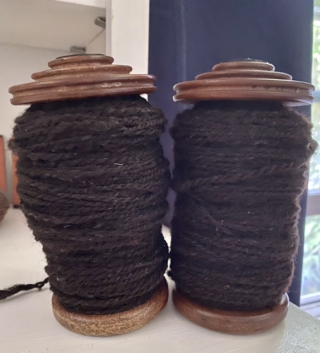 This is my first two skeins of yarn from the roving. It’s an Aran to chunky weight yarn, which is  a tad thicker than I really wanted it to be,  but I have just under four pounds of fiber, so I’ll have the luxury of choosing the best skeins out of the whole bit. I’m spinning a two ply yarn out of it, and I have an old Candide pattern that I want to make. 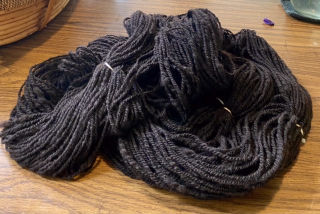 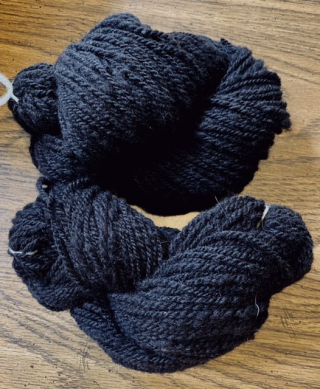