Blocked is a new knitting magazine on the internet, with free patterns, articles about knitting and humorous cartoons. What it is also about is a knitting community made up of people who have been blocked, slandered, called names like ‘racist’ and ‘white supremacist’ and ‘anti-Semitic’ and ‘homophobe’ and the like by people who are just plain wrong. Those people have basically tried to ruin the lives and livelihoods of good, caring people, and Blocked magazine has given them a space to write their stories, tell the world what happened to them, set things straight.

If you feel triggered by reading these stories, just download Blocked magazine for the free patterns and knit your heart out. If you like Blocked magazine, there is a place at the back to support it ($5) through a Patreon account for the magazine,  and another page to go to the websites of the people whose stories are in the issue of the magazine, where you can buy their stuff. 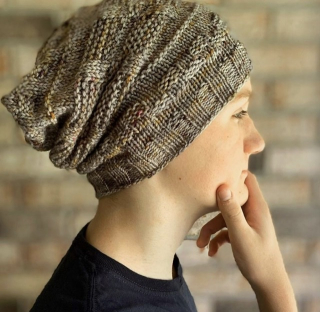 Blocked magazine is put out by many fabulous people. The editor in chief who spearheaded this publication is Neil of UKnitted Kingdom, a feisty Brit with a huge sense of humor who is like a breath of fresh air. Neil has, expectedly, received hate for putting out the magazine, being called all sorts of names mentioned above and having the magazine taken down over their first weekend (it’s up now, no problem). Neil is now the ‘Knitler’ of his UKnitted Kingdom and he is pretty happy about it, too.

This first issue has a 2-page spread about knitting a gauge swatch, my favorite thing! It uses cute little drawings of a mouse with a sweater that came out too small, and one of a sweater that came out too big, and several ideas of how to get around knitting a gauge swatch if you really want to just start knitting but still want to have it come out right. Talk about a useful magazine! I’d put those two pages up on the wall of my yarn shop if I still had one! 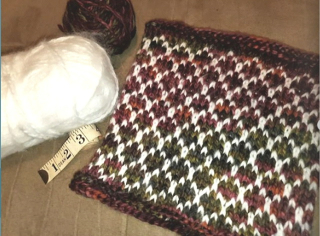 The cover sweater is a pattern in this issue, as well as gorgeous mittens, a cowl, a hat with a modified intarsia in the round motif (with a great blank chart to design your own motif!), a hat with a block pattern (appropriate for the first issue!), a crocheted amigurumi emoticon, and dishcloths. Also, there are a couple of KALs/MKALs too.

I encourage everyone to go take a look at Blocked magazine. If you agree with it, great; if you don’t agree with it, then fine. I think we all need to get over ourselves a bit anyway. But we can all use a free pattern in these inflationary times too!