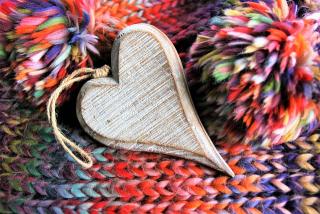 My Aunt Mildred was the only sibling of my father, and she was born around 1905 or 6. My father was born in 1907, so she was older. I remember a photo taken of the two of them, he sitting happily in a chair and she standing shyly next to him, both dressed to the nines. Aunt Mildred looked about 5 at the time. She had a frilly dress, waist length hair, and a large bow perched on top of her head.

Aunt Mildred died in 1996, and after she died her daughter in law sent me a wall hanging I had quilted for her and a box of pale yellow mohair that Aunt Mildred had, because I knit. 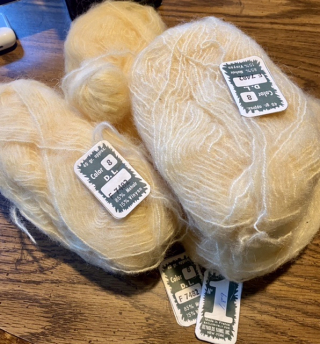 Swiftly fast forward to September 2022. I finally pulled the yellow mohair out to knit something with it. I sort of recognized the label, which said the yarn was from the Reynolds Yarns company. I bought Reynolds Kitten yarn when I was in college, and I think that Classic Elite bought their mohair line and renamed it La Gran, but don’t quote me on that. 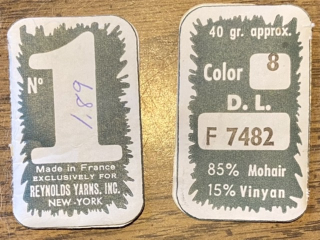 Wow, I thought. This mohair looks really old. I wonder how old it is? Then I fell down the rabbit hole of finding out about old yarn …

Ravelry had stashed No. 1 Mohair by Reynolds 168 times, and there were 69 projects that used it. Of the 69, there was one woman who guessed it was from the late 50’s. She was close.

Back to the Internet. I found a really great website called Vintage Knit Crochet — Bits of History  that had Reynolds No. 1 Mohair. Jackpot!

Reynolds No. 1 Mohair was imported from France in March, 1962 and was marketed with two full page ads in Needlecraft magazines. 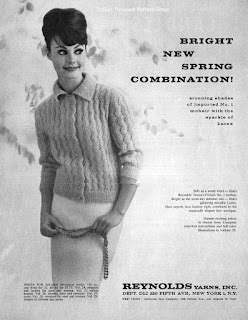 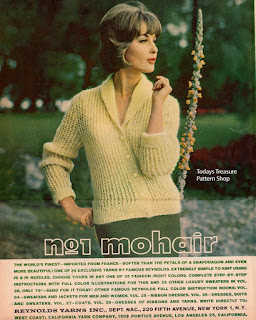 The yarn was around for 11 years, and was phased out in 1973. I had thought Aunt Mildred likely bought it in 1972 or 1973, so I was probably correct. She may have bought it on sale when they were getting rid of it.

Aunt Mildred’s mohair is color 8, a lovely soft yellow, and I am knitting it up in a cabled cowl pattern called Warm Feelings, a free pattern from DROPS. 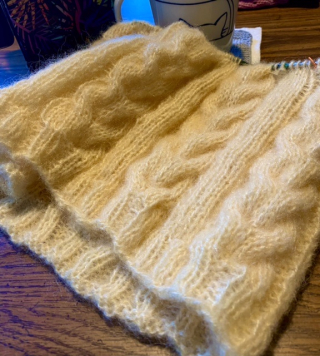 Posted at 09:12 AM in Beth's Knitting Projects, Found on the Internet, Yarn | Permalink | Comments (0)

This is only a preview. Your comment has not yet been posted.

The letters and numbers you entered did not match the image. Please try again.

As a final step before posting your comment, enter the letters and numbers you see in the image below. This prevents automated programs from posting comments.

Having trouble reading this image? View an alternate.

(Name is required. Email address will not be displayed with the comment.)